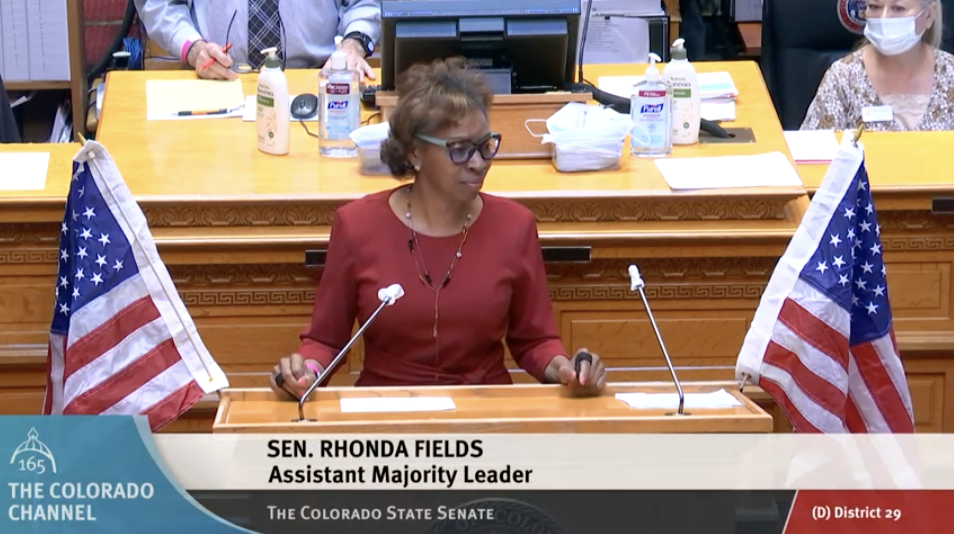 After hours of debate on the Senate Floor this week, the state’s public health care option proposal has passed the Senate on second and third reading. The legislation, HB 1232, is now in conference committee to resolve differences between the House and Senate versions of the bill.

While the bill is still problematic for businesses due to cost-shifting that will occur, some favorable changes were made in the Senate.

The requirement that health insurers cut premiums by 18% in a few years has been reduced to 15% in the bill. Business and industry groups have been pushing for this change, citing 18% as an arbitrary number with no basis.

An amendment was also adopted to remove fines on physicians for not participating in the state sponsored plan, but physicians, hospitals and health insurance companies are still mandated to participate. Democrats also adopted an amendment to the bill to remove a provision that threatened to revoke hospital licenses for not participating in the plans. Under the amended bill, hospitals can still be fined and their licenses can still be revoked.

Only amendments offered by Democrats were adopted onto HB 1232. All Republican amendments to improve the bill were rejected. During the floor debate, Senate Republicans argued that the bill was more about politics than actually finding solutions to improving health care costs, access, and quality in Colorado. They also raised concerns about the expanded role and authority given to the state insurance commissioner in the bill.

Despite several Senate Democrats opposing many aspects of HB 1232 and raising concerns during the floor debate, the vote was ultimately along party lines with the exception of Sen. Rachel Zenzinger (D) crossing party lines to vote against the bill.

Read more about the Senate floor debate in Colorado Politics.

Watch the Senate floor debate on HB 1232 here (starting at the 33 minute mark).

This week the Senate passed an amended SB 176, the workplace harassment legislation, on a 22-13 vote. The Colorado Chamber is leading a coalition in opposition to the bill and secured several improvements to the legislation during the Senate floor debate.

One significant concern the Colorado Chamber raised over SB 176 was the excessive punitive damages on employers for not properly complying with certain provisions on workplace harassment training. These fines were unreasonable and could have impacted employers even acting in good faith. An amendment was adopted to the bill during second reading to remove these punitive damages.

SB 176 was also amended on the Senate floor to clarify that an individual seeking to make a claim under the Colorado Anti-Discrimination Act must meet the requirements of the Colorado Wage Act.

While improvements have been made, the Colorado Chamber’s coalition continues to have several remaining concerns that could lead to costly lawsuits for employers. The definition of “harassment” is still overly broad and problematic. The sponsors of the bill have so far refused to maintain the requirement that conduct be “severe and pervasive” as stated under current law. The Senior Vice President of Government Affairs, Loren Furman, pointed to the double standard of the General Assembly on the bill in her committee testimony earlier this month, calling out legislators for imposing more stringent rules on businesses than they impose on themselves.

SB 176 also still makes employers responsible for the conduct of independent contractors and would allow independent contractors to file claims under the bill. This provision is concerning as businesses cannot exercise direct control or supervision over these individuals. The bill also includes of “caregiver status” and “caregiver recipient” as a new protected class for filing claims under the Colorado Anti-Discrimination Act.

The bill now heads to the Colorado House for consideration. Click here to view the amended bill.

Read more about the amended bill in the Denver Business Journal.