The Colorado Chamber is the governmental affairs department for my company in Colorado. 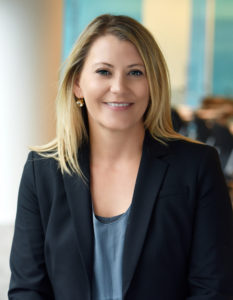 The Colorado Chamber sat down with Jenn Penn to talk about her experience in the EXECs Advocacy Program. Highlights from the interview are below (edited for length and clarity):

Tell us about what you do and what it’s like to be a lobbyist.

I’m a contract lobbyist for a variety of clients, including MillerCoors. All of my clients are business clients, and I specialize in business and coalitions at the state capitol.

A lot of people don’t really understand the political world, and at the end of the day, lobbying is really targeted communications.

I’m a Colorado native and I went to CSU. I actually started at the Colorado state capitol in 1998 as an intern. I still go back once or twice a year and talk to students, and one of the things we talk about is what lobbying is and what it isn’t… People hire PR consultants all the time. There are people that specialize in communications that work in companies, for nonprofits, for newspapers, for radio, for every aspect of our economy in communications.

What lobbyists do is they work with every sector of the economy, including the nonprofit sector, to specialize in communications targeted to literally just 100 legislators – 35 in the Senate, 65 in the House, and one governor and his or her staff, and then the executive branch of government.

Whether you’re in-house with a chamber, or a company, or a nonprofit – or if you’re a contract lobbyist and you’re consulting your clients – at the end of the day, it’s all targeted communications to work on what your message is, how to craft that message, and communicating that message – whether you’re trying to pass a bill, amend a bill, or defeat a bill. 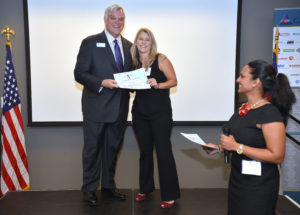 How does a lobbyist’s reputation come into play?

So you’re from Colorado and you went to CSU – what did you study?

I actually started out in biology and then went “open option,” which basically helps you figure out what you’re actually good at and what you want to do. Then I kind of stumbled into political science, and thought I would go to law school.

But then I did an internship at the [state] capitol, and I realized that I didn’t need to go to law school to do what I wanted to do.

Is there anything that you wish was on your resume that you haven’t tackled quite yet?

Economics plays so much into how public policy is made. I don’t know that I would go back now and do it, but if I had to do it all over again, I probably would have gotten my minor in economics [at CSU].

What do you do for fun?

I love hanging out with my six-year-old daughter. We recently got scooters, so we’ve been scooting around the neighborhood… In the winter, I snowboard occasionally and my daughter and I love to sled.

I’m also kind of a little wine connoisseur. I feel like wine is like an art, and I love art. I was on the Culture Haus board for four or five years. There were a lot of artists that were also on that board, so it gave me the opportunity to connect with the Santa Fe arts district and a lot of artists that way. I think of wine that same way – you drink it, but you also collect it.

Do you feel the Colorado Chamber has an impact on the business climate in Colorado?

Do you feel that participating in EXECs impacted your career at all?

As a native, I always thought I understood the Colorado economy – but through EXECs, I had the opportunity to tour and learn about all of these other sectors of the economy that I would have never otherwise had that exposure to in a hands-on, one-on-one way.

Is there one tour that stands out in your mind as a highlight of your program?

We did a tour of the gaming industry up in Blackhawk, and I had no idea all of the things that happen behind the scenes at casinos – the cameras, the security… Everything from the hospitality to the security to the underground tunnels and everything that happens there – it’s very intense and it’s non-stop.

That industry, as well as so many industries in Colorado, are heavily regulated by state government. They have to continually monitor what’s happening in public policy to be able to adjust their businesses to what the legislature or the government is saying the rules of the game at any given moment.

What advice would you have for someone who participates in the EXECs program?

Make sure that you fully engage and participate, and take it all in. And build relationships – there are people that I met in EXECs that I’m still in contact with, and you never know how you might connect with someone in the future.

Click here to learn more about how the Colorado Chamber’s EXECs Advocacy Program can benefit you.