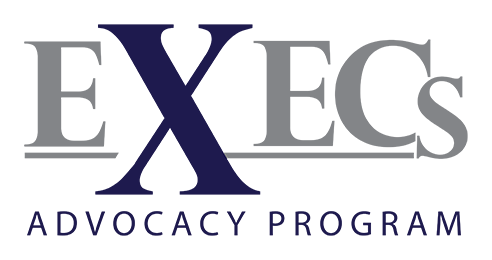 The EXECs Advocacy Program is a 9-month program that offers exclusive insight into the workings of prominent Colorado companies through business tours and policy-based forums with key Colorado executives and officials.

Participants learn about policy issues impacting their business and community while developing a working understanding of business advocacy. Tours will be fascinating “insider” looks at businesses while integrating policy issues focused around Healthcare, Labor & Employment, Tax, Energy & Environment, Manufacturing, and Federal Affairs. The Colorado Chamber staffers, key legislators, and congressional staffers may be brought in for specific expertise.

Please click on the EXECs Advocacy Program menu in the table to the left to get to know our current EXECs as well as our EXECs Alumni. You can also view tours from past programs.

WHAT ARE THE BENEFITS?

Rising leaders who are passionate about shaping and enhancing Colorado’s economy and strengthening Colorado’s business climate. Candidates should have 5+ years of experience in their field.

WHAT IS THE COST?

The EXECs Advocacy Program fees are based per person and include all required program materials, travel, food, and beverages. Class fees are non-refundable and non-transferable. Programs range from half day to full day commitments.

Applicant’s Employer is an active member of the Colorado Chamber:  $2950

Applicant’s Employer is NOT an active member of the Colorado Chamber: $3545

APPLY TO THE PROGRAM

The program runs from February through October. Participants meet once per month for an interactive tour, participate in at least one council meeting, and have the option to attend optional networking opportunities and special events.

February – EXECs Day at the Capitol

Please take a moment to view the list of past companies that have hosted the EXECs Advocacy Program. Note: the list is comprehensive, but not exhaustive. 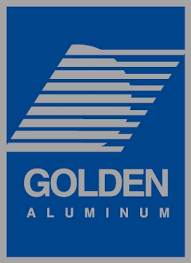 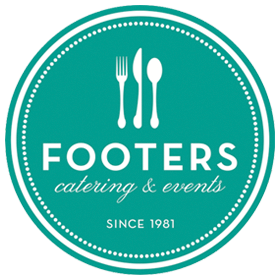 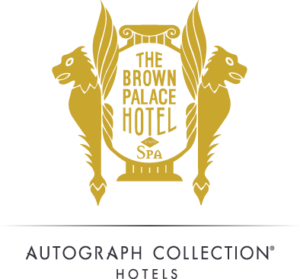 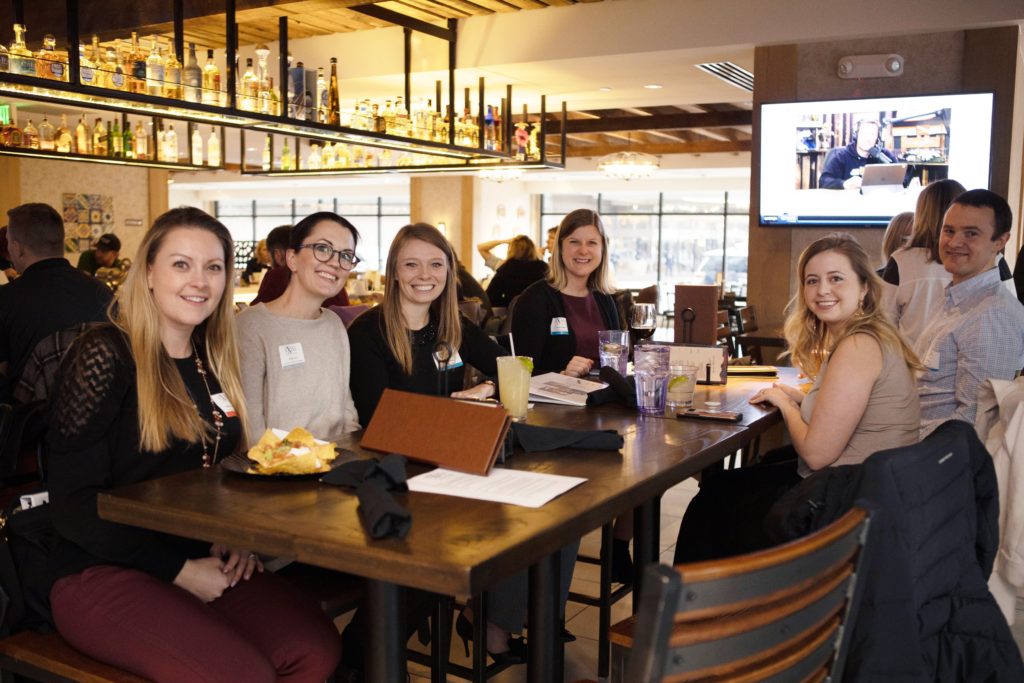 The 2019 EXECs Advocacy Program kicked off the new year with a fun and interactive icebreaker followed by a festive happy hour. Program attendees worked together in small groups scouring downtown Denver for answers to a set of questions. This fun and interactive event provided an rich networking environment where participants were able to work together and forge strong bonds in a more intimate environment. The event concluded with a great downtown happy hour where all of the 2019 EXECs came together to network and discuss the program in more details with EXECs Alumni.

March | EXECs Day at the Capitol 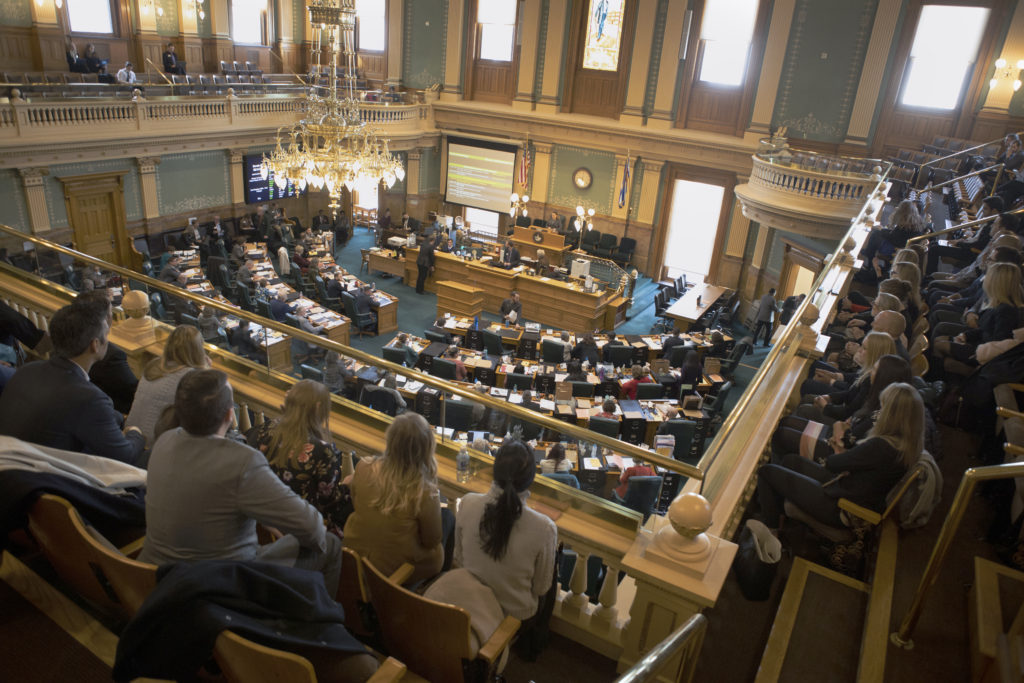 The session is in! The EXECs program made the short walk to the Capitol building for the March tour. The group took time to observe legislators in action from the House of Representatives Gallery. The group commented on their observations of the house dynamics, how the legislators interacted, and the manner in which they conducted business. Additionally, the EXECs hiked the 94 steps to the Capitol’s dome to take in the beautiful mountain view and learned about the construction of Capitol building on a guided tour of Mr. Brown’s attic. Immediately following the tour, the group met with Joe Rice, Director of Government Relations for Lockheed Martin Space. Joe, drawing from his legislative and mayoral experiences, guided the group through the state government structure, discussed lobbying and how everyone must be cognizant of how they are representing their company, and encouraged all the EXECs to be engaged in the political process. 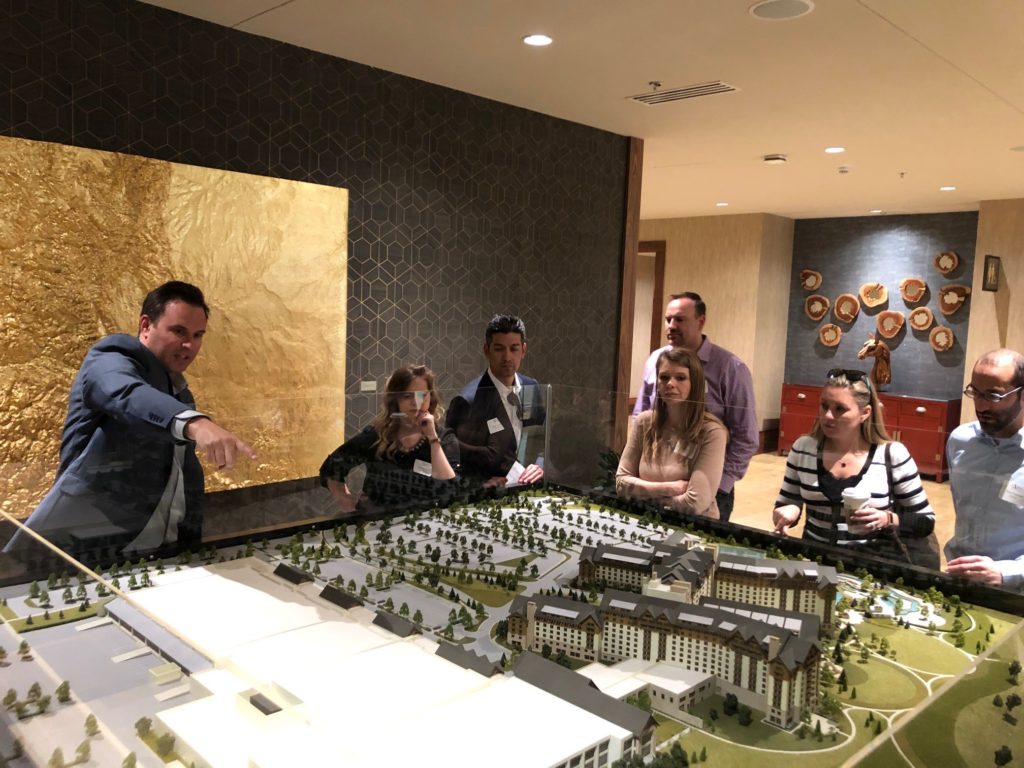 The EXECs group enjoyed a fantastic back-end tour of the Gaylord Rockies Resort and Convention Center. The group learned about the convention business, the Gaylord business model, as well as the technology and engineering involved in keeping a large facility operating. The post tour panel included enlightening discussion about the Gaylord brand, economic development in Aurora, and Colorado Tourism.

May | Afternoon at Lockheed Martin Space 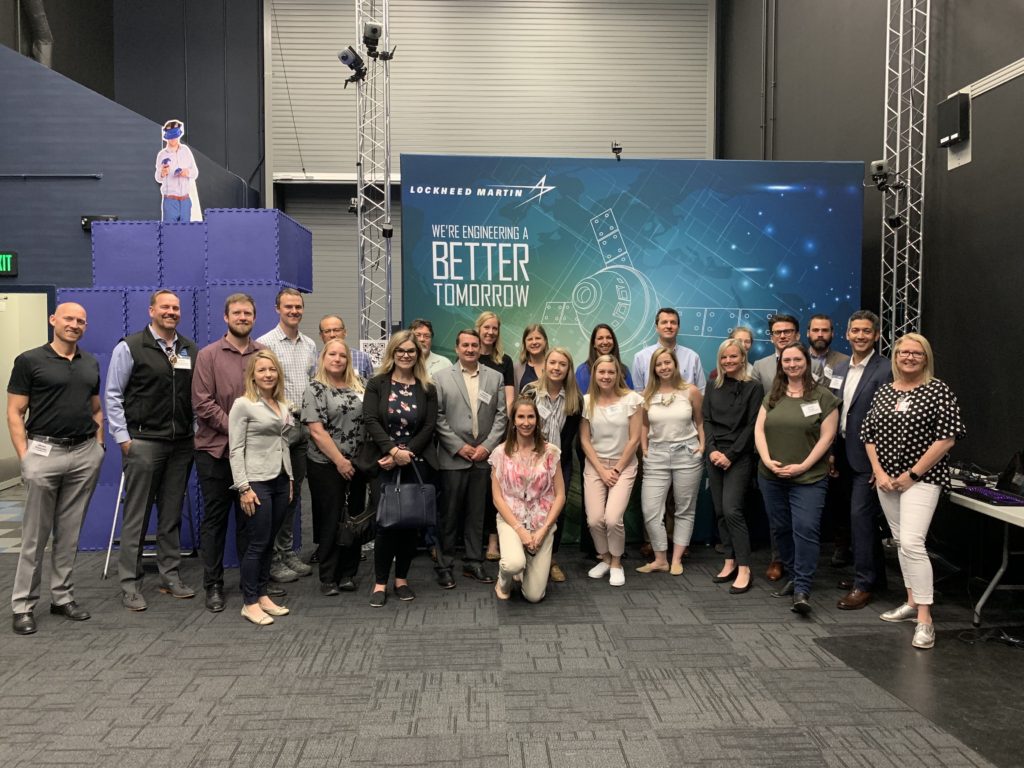 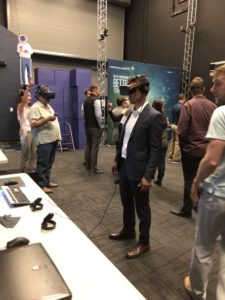 Lockheed Martin Space hosted the EXECs group for an amazing presentation and tour lead by Adam Sohn, Vice President of Communications, and Director of Government Relations, Joe Rice. The group explored the Factory, led by Bryce Svihoveci and Brian Kaplun, and stopped in to learn about the Additive Lab. The Additive Lab tour provided the EXECs an opportunity to learn about and handle 3D printed materials and to view first-hand the Orion heat shield. The next stop on the tour was the new Gateway Center, led by Brian Sava, which is the new advanced satellite manufacturing facility. During our tour we learned that Lockheed Martin created the Advanced Manufacturing Technician Apprentice Program (AMTAP) which trains candidates on the skills necessary to build electronics. Vaughn Redmon explained the process of Lockheed Martin Space identifying a need for technical workers and filling that need by creating a training pipeline for individuals interested in building electronics. Finally, the group stopped by the Collaborative Human Immersive Lab (CHIL). Jared Harper and Christian Kennett discussed the CHIL and how this work space allows pertinent individuals the opportunity to analyze designs and manufacturing processes in virtual worlds prior to physical manufacturing. The CHIL was a big hit with the group as they were encouraged to participate in 3-D renderings of systems and make their way through virtual reality experiences. 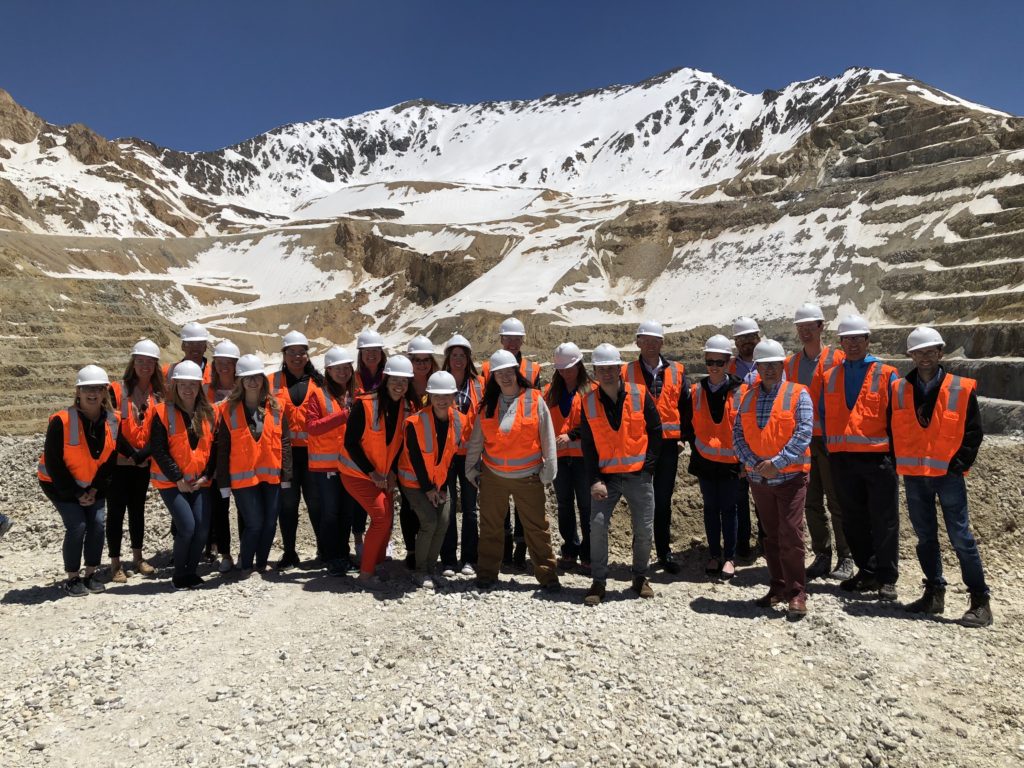 Vicki and her staffed covered a brief history of Climax Molybdenum. They discussed their impressive community involvement along with their community programming. The Climax staff also explained their mining and shipping processes along with the challenges and opportunities of conducting business in Colorado. 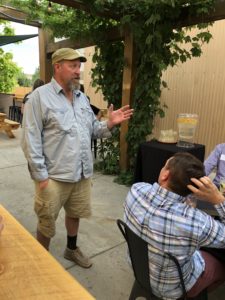 Bill and his employees welcomed the EXECs group during their Western Slope tour. Bill covered the history of the distillery, technical aspects of distilling, Peach Street’s struggle with accounting on the Western Slope. He also discussed the benefits of working in the area and how Peach Street focuses on sourcing  their ingredients locally, commenting on the importance of the distillery using as many local purveyors as possible.  Bill and Peach Street have a tremendous relationship with local farmers and are proud of the work they all do together. 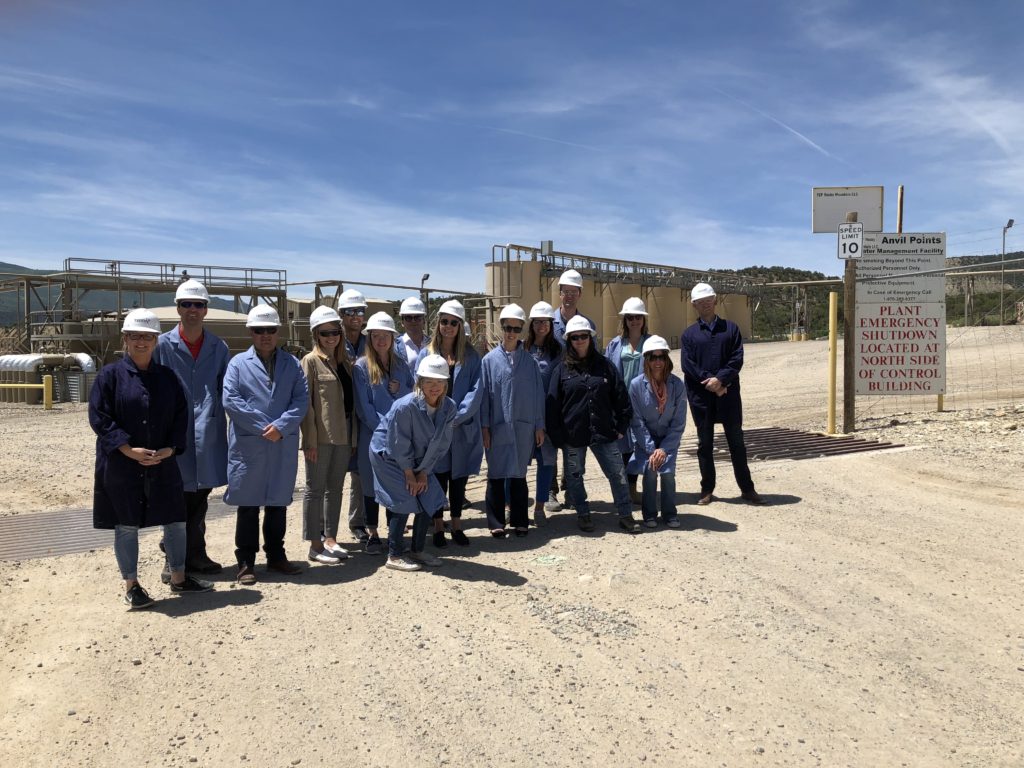 Shawn, and the employees, of Terra Energy hosted the final leg of the Western Slope tour. Shawn discussed the history of Terra Energy, the presence of natural gas in the Piceance Basin of Colorado, technology needed to reach the gas deposits and challenges with extraction. Additionally, Shawn touched on the Terra’s innovative spirit, community efforts, and environmental concerns. After the initial discussion, the EXECs were able to visit an active pad that was being serviced as well as a producing pad. 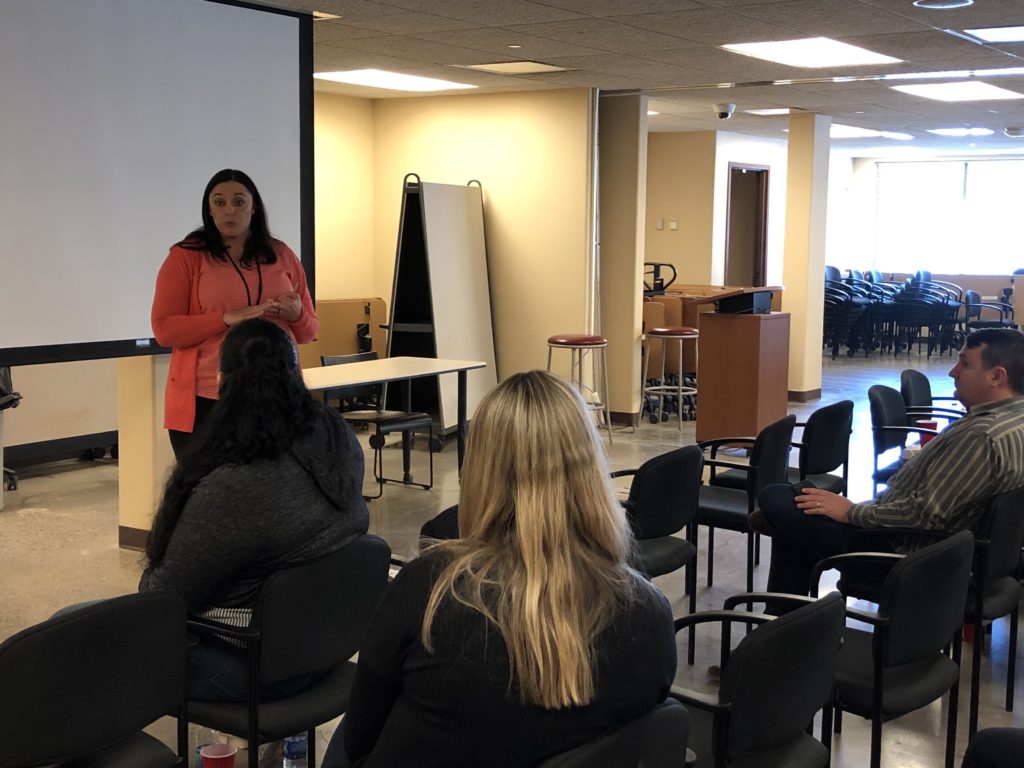 Senator Cory Gardner’s Regional Director, Betsy Bair, stopped by at the conclusion of the Terra Energy tour to discuss Senator Gardner’s agenda and noted different areas of opportunity that the senator is currently working on. She started with the anticipated relocation of the BLM government offices. Currently housed in Washington DC, Senator Gardner has been lobbying for Colorado, specifically Grand Junction, to become the new home of the BLM offices. Additionally, Betsy commented on the the senator’s involvement in the Coos Bay conversation and its relevance to Colorado. Lastly, Betsy touched on a Robocall bill that was introduced and the importance of workforce development along the Front Range. 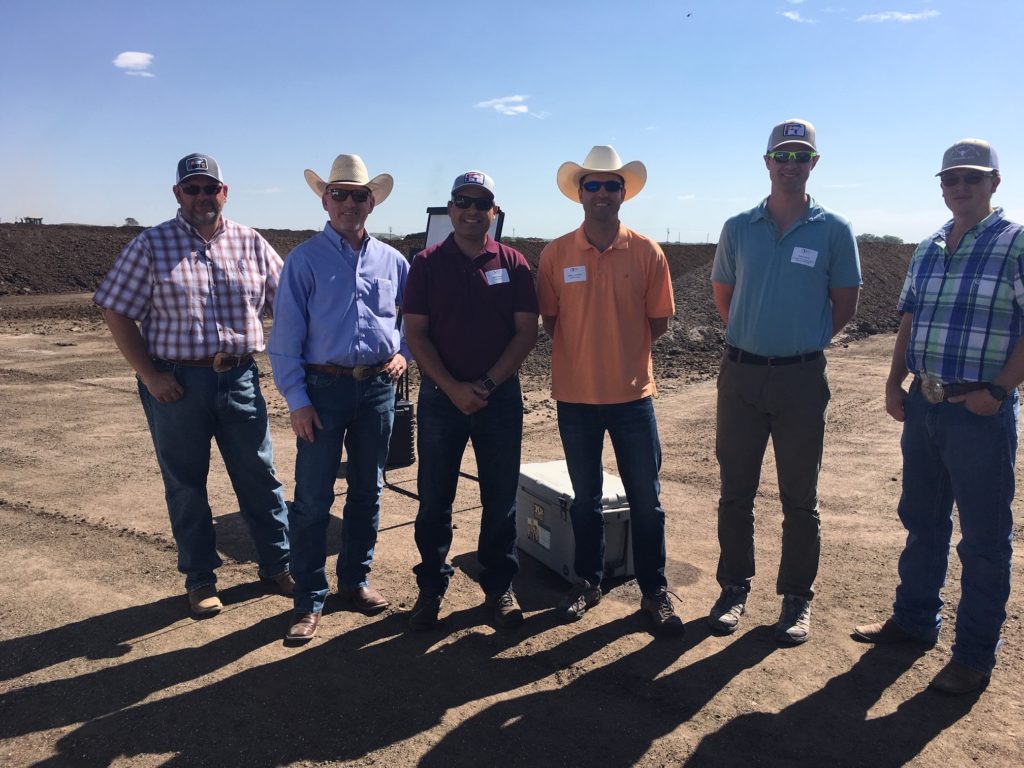 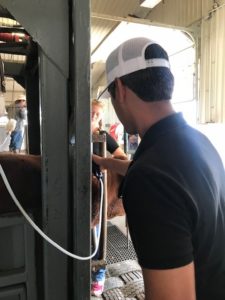 The EXECs headed  north to Kersey, Colorado for the July tour. Five Rivers Cattle Feeding hosted an immersive experience for the the group, covering topics such as cattle processing, inoculation, feed make-up and distribution, veterinary medicine, water reclamation and environmental issues, as well as industry misconceptions. As the group made their way from station to station, they were introduced to the incredible amount of science behind cattle feeding. Additionally Dr. Sarah Place, Senior Director for Sustainable Beef Production Research, discussed the inter workings of beef sustainability in depth.

Native Roots hosted the EXECs Advocacy Group August tour. The day began with the panel discussing several cannabis bills that were introduced during the 2019 Legislative Session. Additionally, the panel touched on federal issues as they relate to the cannabis industry and the effects of marijuana legalization on the minority population. Immediately following the panel, the group traveled to the retail facility and then the production facility. While touring each location, the staff members discussed medical vs. recreational marijuana and tax obligations with both, we learned about the science behind the grow timeline from Native Root’s in-house horticulturist, and we made several stops along the production cycle, learning about the different processes. 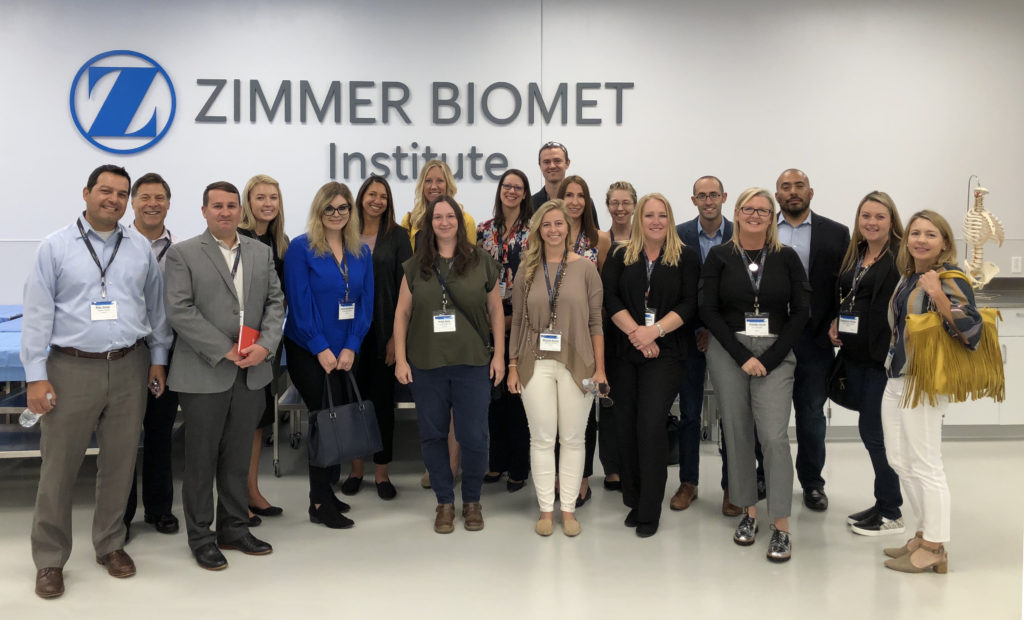 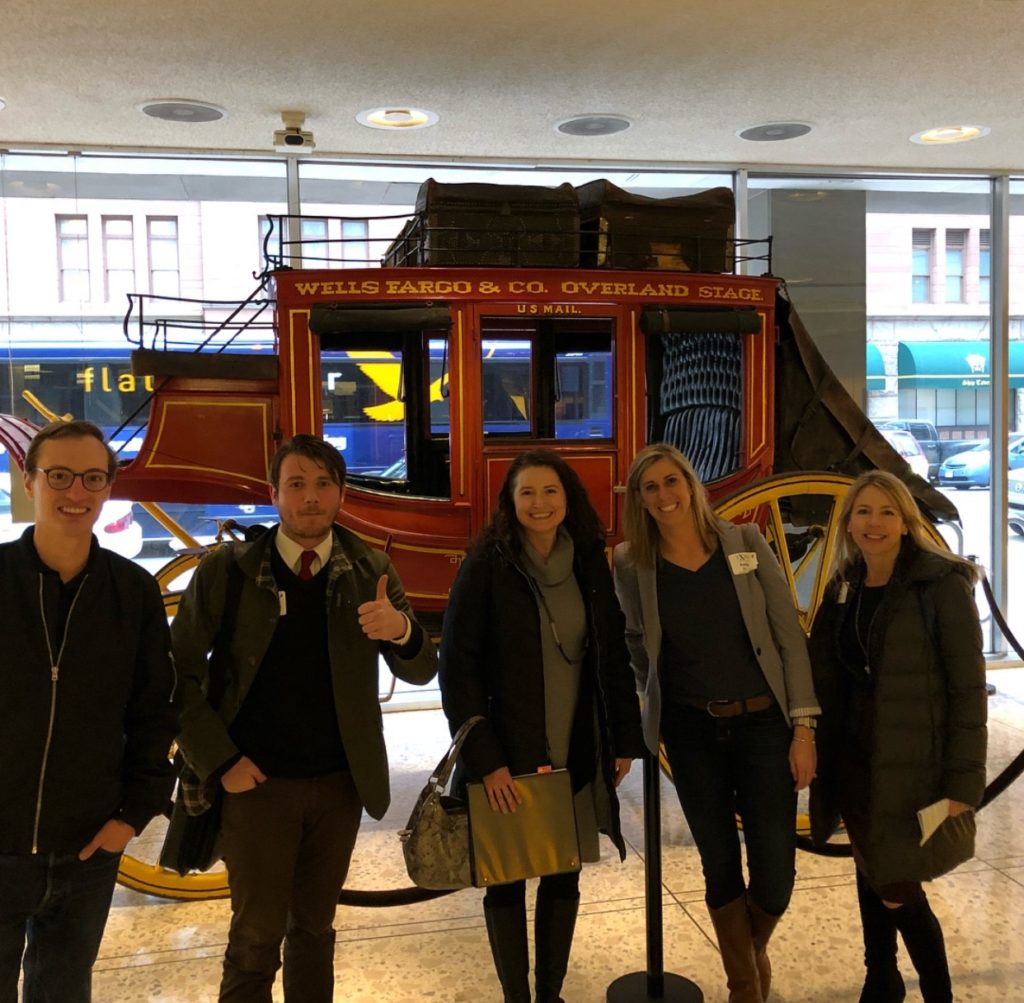 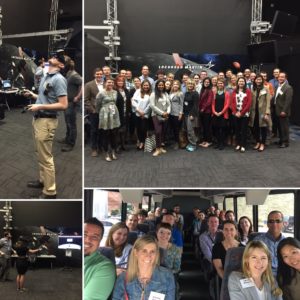 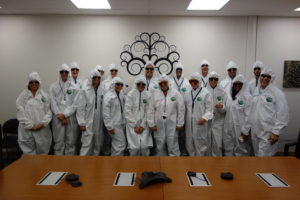 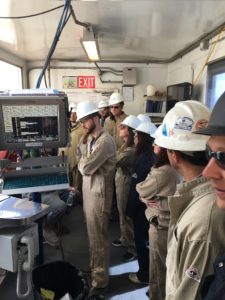 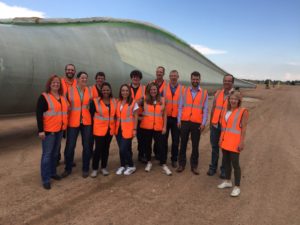 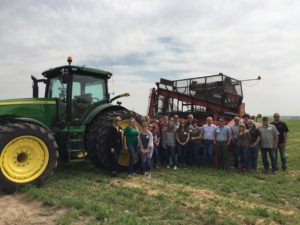 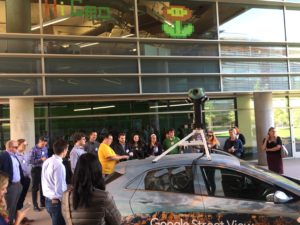 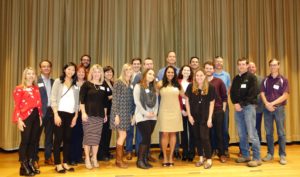