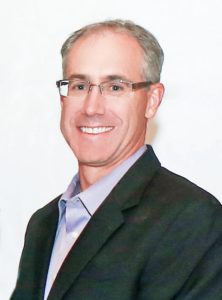 The Colorado Chamber sat down with Jeff Erker to talk about his experience in the EXECs Advocacy Program. Highlights from the interview are below (edited for length and clarity):

What has been you career trajectory?

I started out as a kid farming – that was my job through high school and college… I took a job in engineering right out of college and I did some design work for a while. After my time in engineering, I came back to the construction side and hired on with FCI, where I’ve been for 23 years now.

What is it about the company that’s kept you there for 23 years?

The people are amazing. It’s the culture of the people that makes it all work. We are very intentional about hiring along that culture.

We’re an employee-owned business, so we work for each other. If somebody is having an issue that they need some help with, others stand up to help them, because they know that if they get through that issue in the best way possible, or if they make the best outcome of a good or bad situation, that it’s good for everybody.

Is this the field you always dreamed to work in?

I had many different types of dreams. I had an uncle who was an astronaut and he was a mentor to me, I had another uncle who was the State Water Engineer for Colorado and he was a mentor to me. My dad and grandparents were farmers and they mentored me. I was stuck between those three fields, but I always loved the farm life and I couldn’t find myself tied to an office job all the time. So the construction side really helped me get outside and tie my structural engineering desires into how to build a building. And I live on a farm. So yes, these fields are fulfilling a portion of my dreams. 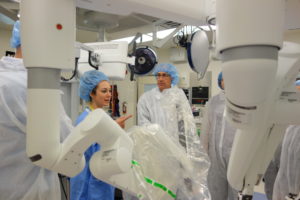 Why did you get involved with the Colorado Chamber?

What brought me to the Colorado Chamber was the diversity of the platform, the strong reputation, and being able to learn more about other industries. It’s just a tremendous exposure to something you would never be exposed to if you weren’t in a group like this.

What’s your opinion on the business climate in Colorado?

It’s obviously grown and by numbers, still growing at a slower pace. But I think there’s definitely a plateau coming up if we aren’t there already. Being a builder in the region, we see what buildings are being bought and what’s being developed, we see the excitement of things ramping up, but we also see the hesitation of when things get pulled off the table… The state is very fortunate to have many industries in the upcycle, but we’ve seen just what happened in the past year with the energy industry – it’s starting to die down, jobs leaving the state, and some projects are at risk of not happening. Thankfully Colorado has a variety of industries, each with their own cycles, that will keep this region strong for many years.

Do you feel the Colorado Chamber has an impact on the business climate in Colorado?

I wouldn’t be here if it didn’t. In comparison to other associations that deal with just their industry, the diversity of the people in the room at the Chamber represents all of Colorado…

I think it’s a vital role of the Chamber to be doing exactly what they’re doing. We saw it this year with the General Assembly, where the Chamber was able to change some opinions and get lawmakers thinking about what they’re trying to actually do. Whether we get our way, at least Loren [Furman, Senior Vice President of State and Federal Relations] and her team did a tremendous job of getting lawmakers to ask themselves – is this really the right thing to do?

Do you feel like the EXECs program benefited your career?

Diving down into somebody’s business helps me understand their business so that when they have a project coming, I can understand what they need out of the end-use of that building. So yes, EXECS definitely helped me make some good connections on that side of it, and just learning about things I wouldn’t have otherwise been able to get in the door on. In many of these places, you have to know somebody to get in – the Chamber knew somebody, and helped me get in. 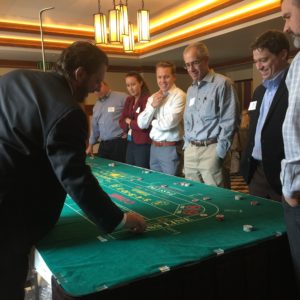 What was your favorite EXECs program tour?

One of the cool things about the start of EXECs was the Chamber Day at the state capitol. I think that was an excellent way to start an EXECs session, because it really gives you an eyes-wide-open feel for what the Chamber can get you into. From there, all of the other industries you touch, you’re feeding back into advocacy at the capitol.

How have you stayed involved in the Chamber since participating in EXECs?

Going to DC with the Chamber was a huge eye-opener with how much access Leah [Curtsinger, Federal Policy Director] got us… That’s an exposure that I got because of EXECs. For my program, we had to choose a Policy Council and attend a certain number of Council meetings outside of EXECs. I chose the Federal Policy Council at that time, and that lead to a few years later, having the opportunity to go to DC with the Chamber.

If you want to do something and you want to spend time at it, you need to get involved in it. And the more you’re involved in it, the more you enjoy it, and the more you put in, the more you get out of it. By starting with EXECs, I started to get exposed to the Chamber’s Policy Councils. And then the Councils gave me contacts to other things, and before I knew it, Dave [Tabor, Senior Vice President of Business Partnerships] was grabbing me to go to the Chair’s Roundtable. Out of that, the board positions came around. If you want to do something beyond EXECs, you have to start at a Council, get involved in Councils and keep going through that system. It can get you to great spots.

Get involved, engage in it… The more you put into the program, the more you’ll get out of it.

Click here to learn more about how the Colorado Chamber’s EXECs Advocacy Program can benefit you.