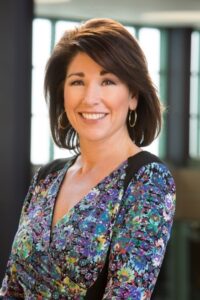 The Governmental Affairs Council is comprised of members of the business lobbying corps at the state capitol, including corporate lobbyists, trade association lobbyists and contract lobbyists. The council focuses on the Colorado Chamber’s broad business legislative agenda and strategy on behalf of our members.

Roberta is a member of the Colorado Chamber’s board of directors and has been AT&T’s president in Colorado since 2014. For over 20 years she has been a leader in the telecommunications industry and business community with extensive experience developing and executing public policy strategies for large corporations, small businesses, and non-profit organizations.

She leads AT&T’s government and community affairs and supports their new technology deployment and infrastructure investment. With over 2000 employees in Colorado, she collaborates with community leaders, policy makers, and local and regional business professionals to connect people with technology everywhere they live and work.

At AT&T, Roberta initiated a partnership with the state to bring the country’s only nationwide broadband network dedicated solely to emergency first responders called AT&T FirstNet to Colorado. She spearheaded efforts to educate stakeholders across the state regarding the benefits of this network. This included working closely with The FirstNet CO Governing Board, local governments, state agencies, tribal communities, first responder agencies and associations representing both urban and rural areas of the state.  It also meant urban/rural outreach to associations and organizations focused on improving public safety communications, the Governor’s office, and mayors and county commissioners throughout Colorado.

Roberta also led the efforts to promote broadband deployment throughout the state by leading a coalition of competing telecommunication firms and consumer groups for telecommunications reform. This effort created some of the first modernization of telecommunication laws created for the state in over 20 years. Continuing those efforts, a few years later passed bipartisan legislation which is expected to transfer at least $115 million for broadband infrastructure deployment by 2023.

The Colorado Chamber Policy Councils are at the core of the Chamber’s work, offering a unique opportunity for members to add their expertise to our policy-making, and influence legislation and regulations that impact business. Council meetings provide a dialogue between our members, legislators and state agency leaders.  The 2022 Council schedule can be found below:

How to Join a Council

All Colorado Chamber members can join one or more councils, and as a Council member, you’ll receive notices of current issues of interest, meet with government officials, help craft legislation, testify on legislation, and provide your expertise to the Governmental Affairs team. https://cochamber.com/issues-advocacy/policy-councils/

The initiative would decrease the state’s income tax rate from 4.55% to 4.4% beginning in 2022. It would also reduce the tax rate for C corporations operating in Colorado by the same amount.

This week the Colorado Chamber joined the U.S. Chamber and more than 200 organizations in asking the lawmakers to oppose the federal reconciliation bill currently in front of the U.S. House. The proposal would raise inflationary pressures, saddle job creators and stop our economic growth in its tracks.

“As we recover from the economic shock of the COVID pandemic, businesses across the nation face significant headwinds, including a worker shortage crisis, massive supply chain disruptions, and the highest inflation in more than a generation,” the letter states. “We need Congress focused on helping address these problems.”

“The proposed tax increases, including a new corporate minimum tax on book income, a new tax on stock buybacks, and tax increases on U.S. business income earned abroad, will harm the recovery and hamstring America as we work to compete globally, especially with China,” it continues.

The full letter can be found below and viewed here:

TO THE MEMBERS OF THE UNITED STATES CONGRESS:

As we recover from the economic shock of the COVID pandemic, businesses across the nation face significant headwinds, including a worker shortage crisis, massive supply chain disruptions, and the highest inflation in more than a generation. We need Congress focused on helping address these problems. Unfortunately, the so-called “Build Back Better” reconciliation bill that is currently under consideration would add to rather than reduce the challenges confronting America’s employers.

Economic experts agree that the initial spending and transfer payments will add to near-term inflationary pressures, further harming American families and businesses who are already suffering from higher prices on everything from food to energy. The proposed tax increases, including a new corporate minimum tax on book income, a new tax on stock buybacks, and tax increases on U.S. business income earned abroad, will harm the recovery and hamstring America as we work to compete globally, especially with China. The pharmaceutical price controls could result in fewer drugs being introduced to the U.S. market in the coming decades.  America may miss out on the next vaccine or treatment for the next pandemic because of these short-sighted policies.  Anti-energy provisions in the bill would increase the cost of energy for all Americans and could lead to energy supply shortages and power outages while prices are already the highest in a decade, squander domestic energy security, and threaten the supply chain for clean energy technologies. The bill would also overturn nearly 90 years of labor law to tilt the playing field in favor of unions by threatening employers of all sizes with bankruptcy-inducing civil penalties that do not exist in current law. Finally, because of various budget gimmicks, including sunsetting new programs, in some cases after only one year, the true cost of the proposed bill is significantly higher than the nearly $2 trillion that is advertised.

We urge you to oppose the reconciliation bill as currently drafted and instead turn your attention to addressing the challenges holding back our economic recovery.

Chamber In The News: In Colorado’s tight labor market, even Santa Claus is a potential no-show

You know the job market is tight when you worry that Santa Claus might not show up for his holiday gigs.

Tom Hill, part of the team that manages the Georgetown Loop Railroad, has been juggling employees and operations all year to deal with staff shortages. Until recently, he wasn’t sure there would be enough Santas to meet and mingle with the passengers on the railroad’s “Santa Trains.”

One person’s opportunity can be another person’s headache. A recent survey showed that higher unemployment insurance premiums and labor shortages are two of the biggest concerns businesses have, said Loren Furman, a senior vice president of the Colorado Chamber of Commerce.

“The worker shortage is not even a specific industry. It’s everything from telecom to financial businesses to restaurants,” said Furman, who will take over as the chamber CEO and president at the start of the new year. 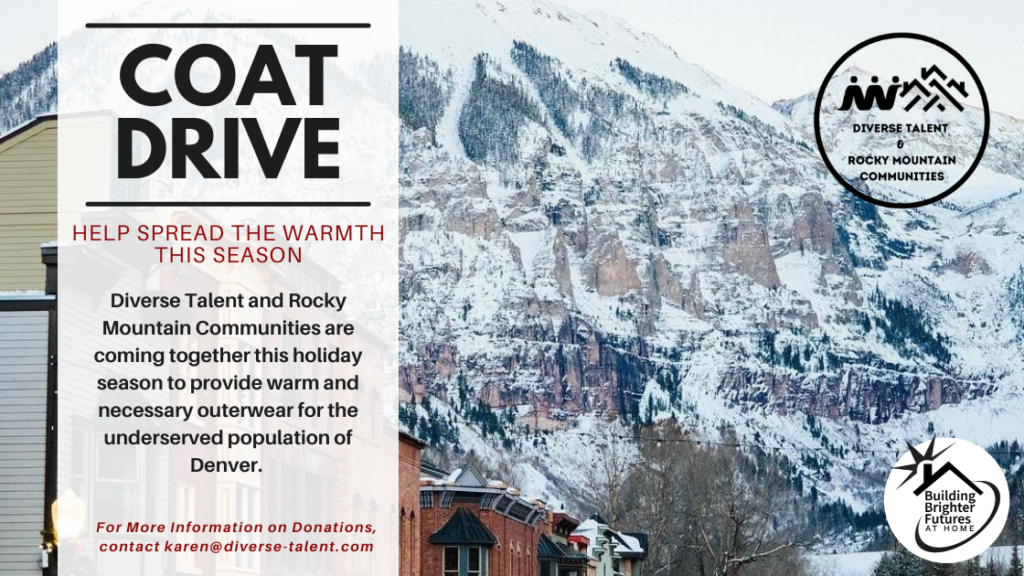 The Colorado Chamber has partnered with Colorado REACH, a nonprofit organization dedicated to Equity Diversity & Inclusion training for companies and organizations throughout the state. REACH and its affiliate, Diverse Talent are hosting a coat and winter clothing drive for those who need it most. Dry-cleaning partners have volunteered to clean all coats, so most donations can be accepted as-is, worry-free.

For more information or to make a monetary donation, please visit Colorado REACH.