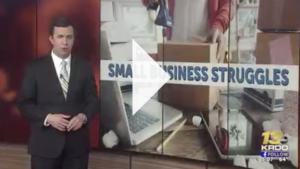 A coalition of business groups pleaded with Colorado lawmakers Tuesday to avoid passing any legislation, however well-intentioned, that would make it more complicated or costly to do business in the state.

“We need our state leaders to simply allow businesses to get back on their feet at this time. That is the only path back to economic recovery,” said Loren Furman, chief lobbyist with the Colorado Chamber of Commerce, which hosted the news conference on Zoom.

Read the full story at denverpost.com.

Colorado led the nation during the economic recovery after the 2008 Great Recession, but representatives from business groups said Tuesday that it won’t be repeated, given $1.8 billion in new regulations, fees and taxes.

“We emerged stronger, created jobs faster because we fostered a strong business climate,” and it made Colorado the envy of the nation, said Kristin Strohm of the Common Sense Institute, who was joined by leaders from the state’s largest chambers of commerce: Kelly Brough of Metro Denver, Loren Furman from the Colorado Chamber of Commerce and Rachel Beck from the Colorado Springs Chamber.

But Colorado has been overrun by an onslaught of taxes and fees in the last three years, Strohm said, making slim the chances of a similar economic recovery.

Read the full story at coloradopolitics.com.

Newly passed taxes and regulations by the state legislature could make it more difficult for businesses and households to bounce back from the economic downfall caused by COVID-19 restrictions.

The Colorado Chamber of Commerce made the announcement during a news conference Tuesday morning, featuring a recent report from the Common Sense Institute, a non-partisan research organization dedicated to the protection and promotion of Colorado’s economy.

Read and watch the full story at krdo.com.

Colorado’s largest business organizations, which banded together late in the 2020 session to ward off the most controversial aspects of a bill to reduce state tax exemptions, are going on the offensive early in 2021, warning of negative effects that could come from several proposals.

During a media briefing Tuesday, groups from the Colorado Chamber of Commerce to local economic-development organizations pointed to a recent Common Sense Institute report documenting $1.8 billion in increased fees and regulations employers have faced since 2018.

Read the full story at bizjournals.com.

A report from the Common Sense Institute, a nonpartisan group that advocates for a free market, shows potential roadblocks on Colorado’s path to economic recovery.

The findings were discussed in a Zoom press conference with the Colorado Chamber of Commerce on Tuesday. Local economic leaders like Diane Schwenke, president and CEO of the Grand Junction Area Chamber of Commerce, are worried by the numbers.

“Our small businesses are hurting,” Schwenke said. “To the Legislature, as we move forward with the rest of the session: first, do no harm — and then after that, contemplate ways to help our small businesses weather a storm that has not yet passed.”

Read the full story at gjsentinel.com.