Legislative Session Comes to an End: Here’s a Look at What Happened for Businesses

The last few weeks of the 2020 legislative session brought on a flurry of last-minute legislation intended to help Coloradans recover from the economic and public health crisis. Unfortunately, many of those bills came with the unintended consequence of creating new costs paid for by business.

The Colorado Chamber’s government affairs team worked day and night to fight these ill-conceived bills – and in most cases, the bills were fixed, killed, or completely gutted. The Colorado Chamber’s work this session helped the business community avoid significant new costs on operations at a time when many employers are simply struggling to stay open and rehire employees.

Here’s a look at some of the most contentious business bills this session and their results:

SB 205, the paid sick leave bill, requires that businesses allow workers one hour of paid sick leave for every 30 hours worked. The Colorado Chamber submitted comments and worked with the bill sponsors to resolve some concerns the business community had with the bill, including technical changes and clarifications and the creation of a new private right of action.

Amendments added to the bill:

Senate Bill 215 creates the “Health Insurance Affordability Enterprise,” which extends and refinances last year’s reinsurance program by carrying over the federal Health Insurance Tax (HIT), which expires at the end of this year, as a fee paid to the state which closely mirrors the federal tax. The bill creates a “premium wrap” to ensure no Coloradan’s net healthcare premium cost increases as a result of the Reinsurance Program. It also creates a funding stream to address the “family glitch” in which individuals are not eligible for federal subsidies on the exchange because they can obtain coverage for themselves from their employer but the cost of coverage for their family members is not affordable.

While the Colorado Chamber initially opposed the bill due to increased health insurance costs for employers, they worked with lawmakers to resolve some of the most significant concerns through a series of amendments.

Changes that reduce the current and future fiscal impact on employers include the following:

Sb 216, which was successfully killed by the Colorado Chamber and members of the business community, would have shifted the burden of proof in workers compensation claims on employers, creating a presumption that essential workers contracted the virus on the job and requiring employers to prove, at an incredibly high standard of “clear and convincing evidence,” that a worker did not contract the virus at their workplace.

This burden shift went completely against the traditional workers compensation burden of proof process for COVID-19 claims only and no negotiation was proffered on this bill. Further, the bill wouldn’t have even required that employees get a test to prove that they indeed did contract the virus.

Due to aggressive lobbying from the Colorado Chamber, members of the Senate Appropriations Committee were met with overwhelming concerns and questions on how this would impact the business community. The committee prevented it from reaching the Senate Floor, effectively killing the bill.

HB 1414 gives the attorney general enforcement authority over price gouging during a public health crisis. The Colorado Chamber worked with lawmakers to amend the bill, ensuring the following:

HB 1415 prohibits discrimination and retaliation against employees who raise workplace safety concerns during a public health emergency. The original bill allowed workers to file a civil suit directly against an employer instead of pursuing relief through an administrative process first – which would have created additional litigation costs for businesses.

The Colorado Chamber worked to successfully amend the bill to require employees to exhaust all administrative remedies through the Colorado Department of Labor and Employment before bringing a civil action against an employer in court. Other amendments to the bill from the business community include:

With limited days left in the Colorado legislative session, lawmakers began rushing through a last-minute bill that would have amounted to a massive tax increase on the business community in the middle of the worst economic crisis in decades.

House Bill 1420, which was introduced in the Colorado General Assembly only days before the end of legislative session, would have decoupled the state from several valuable federal business tax deductions, capped the net operating loss tax exemption at $400,000, and eliminated the manufactured energy tax exemption and regional home office tax credit. This would have cost businesses hundreds of millions of dollars per year.

The bill was almost completely gutted after outcry from the business community. More than 500 businesses reached out to their lawmakers about this bill through the Colorado Chamber’s outreach tools, which amounted to significant pressure on the legislature. Amendments to the bill include the following:

This bill as introduced cobbled together several different issues – some of which were important to the Colorado Department of Labor and Employment but others significantly altered current independent contractor statutes. The Colorado Chamber and many other business interests submitted comments and lobbied the bill sponsors and other members of the Legislature over the week in an effort to improve the bill. Amendments were adopted in the Senate Finance Committee that resolved those concerns.

Unfortunately, the business community was unable to fix every bad bill, and SB 204 is one of them. The bill increases fees relating to air quality, including the Stationary Source Fund emission fee, in order to fund a new state enterprise that will conduct air quality modeling, monitoring, data assessment, and research; implement emission mitigation projects. The bill also authorizes this new enterprise to establish and collect fees.

While the bill amounts to a significant new cost on many Colorado businesses, amendments that improved the bill included the following:

On Monday, Governor Jared Polis announced Protect Our Neighbors, a framework that will empower local governments that can demonstrate strong public health and health care systems, paired with low virus levels, to make decisions about how they should reopen. The Governor also announced additional draft guidelines under Safer at Home and discussed the state’s efforts to prepare for a potential second wave of the virus.

Governor Polis also gave a preview of what next steps will look like for Colorado during the COVID-19 pandemic. Protect Our Neighbors will give Colorado communities a path to further reopen. Communities that can demonstrate strong public health and health care systems, as well as low virus levels, can take on more control over their reopening plans. Different parts of the state could be at different phases of reopening, based on local conditions and capabilities.  Underlying virus levels, public health capacity, and health care capacity to respond to cases and outbreaks will determine whether a community will be under Stay at Home, Safer at Home, or Protect Our Neighbors. The additional flexibility is important because if a local public health agency can scale its ability to do things like site closures, testing, case investigation, and contact tracing now, they can become a first line of defense, instead of having to control the virus through statewide measures. This framework will launch at the end of June.

In order to enter Protect Our Neighbors, communities must qualify by meeting scientifically established thresholds to:

The Governor announced a new round of Safer at Home guidelines to further relax restrictions on the economy and society in as safe a way as possible. Guidelines include residential summer camps, indoor and outdoor events, bars, personal services, and non-critical manufacturing facilities. Coloradans can visit www.coloradosaferathome.com to learn more. 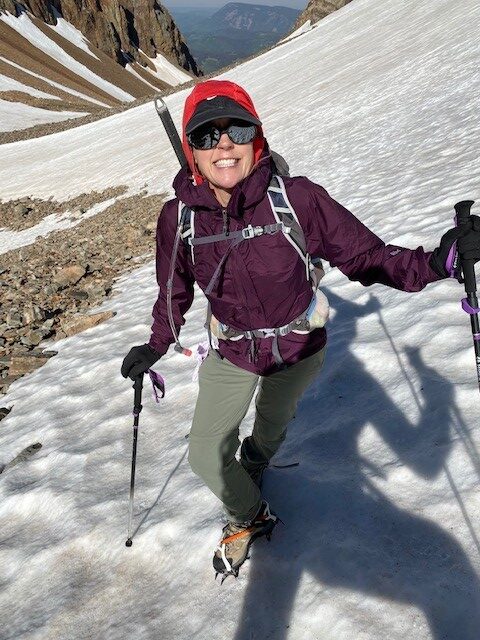