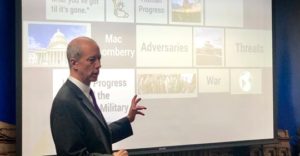 On Monday, the Colorado Chamber’s Federal Policy Council was honored to host House Armed Services Ranking Member, Representative “Mac” Thornberry (R-TX) for a thoughtful discussion on leading around the world through global engagement and military strength — based on Thornberry’s current committee work, his time on the House Permanent Select Committee on Intelligence and more than 25 years serving in Congress.

The congressman has been touring the nation speaking to community and business leaders as part of his speaking series on human progress and the American military.

“I believe the United States of America is the greatest force for good in the world. We have become the indispensable nation because we had to, but it was also a choice that we made,” Rep. Thornberry said. “From the beginning, our story has been written by individual Americans. That’s who really makes the decisions. All of us have a role to play, and I believe the right answers are staying engaged in the world and making sure we have the strongest military. The people in this room can help make sure that we get those decisions right.”

“The Colorado Chamber looks for opportunities to provide thoughtful conversation platforms, especially when those conversations create avenues for inspiring leadership within the business community,” said Leah Curtsinger, Federal Policy Director for the Colorado Chamber. “Congressman Thornberry’s message did just that – by asking our businesses to be creative with solutions, encouraging a deeper look at U.S. leadership throughout history and expanding the worldview for our role in the future.”

Rep. Thornberry spoke to members and guests of the Colorado Chamber from a range of industries, from aerospace to manufacturing to energy, about the impact international order has on economic stability and national security.  The Congressman had three key messages for attendees:  1.)  Discover, re-learn and explore history so we know where we’ve been as a nation and have a national identity to look to for leading into the future; 2.)  Talk around the dinner table about today’s current events so that 3.) we can creatively and actively engage with our Congressional representation to reach the best intentional solutions for our country.

The speech from Thornberry came amid congressional debate in Washington, D.C., this week on the federal budget, while House and Senate conferees began negotiations on two separate bills passed by the respective houses of Congress to authorize national defense and military spending.  Whatever the conferees agree to for the National Defense Authorization Act (NDAA) must then be passed by the House and Senate without changes. 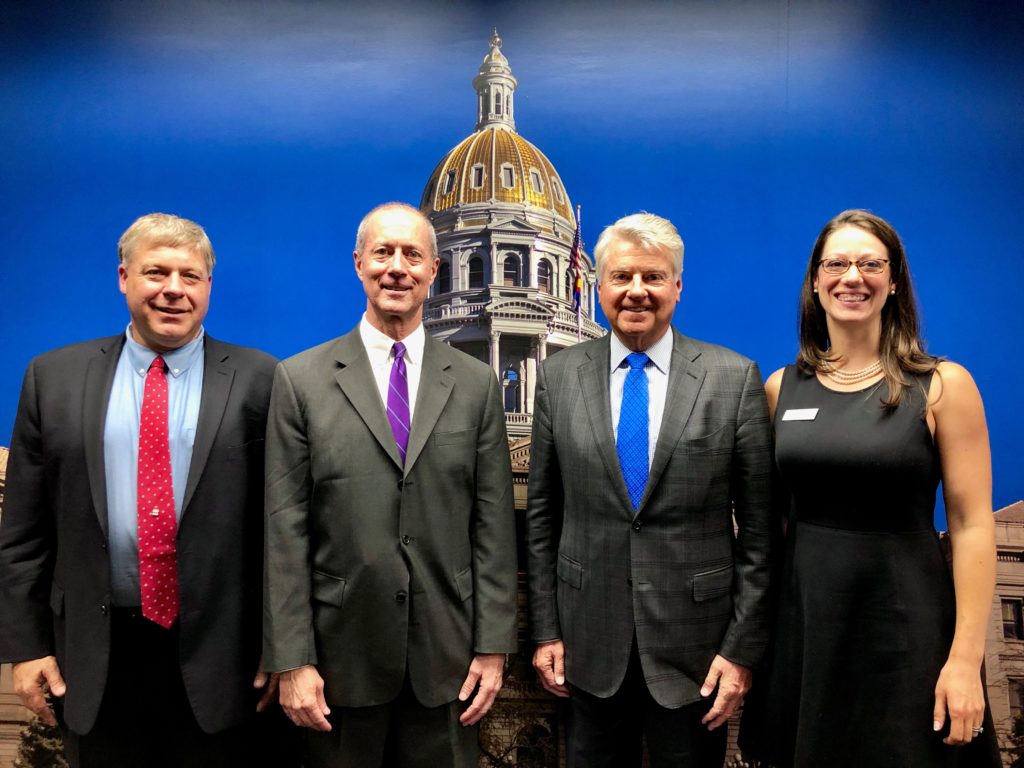 On Tuesday, the Colorado Chamber joined more than 600 business groups from every state in calling on lawmakers to pass the U.S.-Mexico-Canada Agreement (USMCA). The coalition letter to Congress highlights the benefits of the agreement to U.S. businesses and the workers they employ.

“USMCA is critical to our economic future because it will preserve and strengthen U.S. trade ties to Canada and Mexico,” the coalition letter reads.

“Approval of USMCA will ensure U.S. manufacturers, farmers, and service providers can continue to access the Canadian and Mexican markets. The new pact guarantees that virtually all U.S. exports will enter these markets tariff-free…”

“By creating a level playing field for trade in North America, USMCA will help U.S. companies and the workers they employ compete in our top two export markets. The case for the agreement’s approval is strong. We urge Congress to approve USMCA as soon as possible.”