The Congressman will be presenting a talk on how America can continue to lead around the world – not just at home – through democracy, innovation & drawing from his more than 20 years of experience in Congress and working with the U.S. military.

What you need to know: 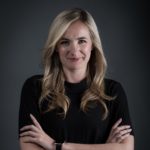 Prior to that, Meyer worked in the press office of then-Governor Rick Perry and was on the communications team of Governor Greg Abbott’s 2014 gubernatorial campaign. She also served as legislative director for a Texas state representative. She began her career working on local, state, and national political campaigns in Texas and Washington, DC doing communications and campaign management.

Meyer holds a bachelor’s degree in political science and public policy from The George Washington University. She moved to Denver with her fiancé, and on the weekends they both can be found hiking and camping in the mountains.

The Colorado Department of Revenue – Division of Taxation will be facilitating a stakeholder working group to discuss tax policies and issues arising from relevant statutory provisions governing combined tax reporting for corporate income taxpayers, as directed by the Colorado General Assembly in SB19-233.

The Department invites stakeholders to provide a short description of any topics they want to raise and comment on regarding the statutes that govern combined reporting for corporate income taxpayers to dor_taxpolicy@state.co.us by July 8, 2019. The Department will provide an agenda in advance of the meeting based upon the topics received.

In addition, the Department encourages all stakeholders with policies and issues governing combined reporting to attend the working group or provide written comments once the agenda is published.

Please contact Loren Furman at lfurman@cochamber.com or at 303-866-9642 if you should have any questions regarding this matter.

While there are still many details to go through in the final ACE rule, there are several key themes included in the rule that the Colorado Chamber has supported (see our January 2018 comments here).

“The ACE rule will help continue the trend of declining electric power sector emissions while preserving America’s energy leadership and respecting the law.  We commend the Administration not only for its efforts to replace the unlawful Clean Power Plan with a regulatory framework for addressing greenhouse gas emissions from the power sector, but also for doing so by engaging with all stakeholders in a thorough and collaborative process.”

EPA Administrator Wheeler signed and submitted the final ACE rule to the Federal register last week, so states will now have three years to determine how they will comply with new emissions standards.  To read more from the EPA’s press release, click here.