“After the recent election as many as half of the Legislators are new. That’s why The Colorado Chamber and its members remain so important – to continually engage with legislators and speak to the impact of legislation on business.” 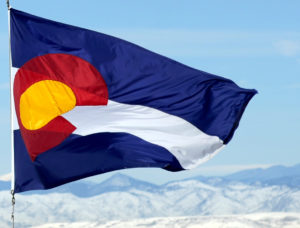 Revenue forecasts released today by the Governor’s Office and the state Legislative Council reflect Colorado’s economic strength, showing stronger than expected growth driven by wages and consumer spending. There has also been an increase in the number of people using stock brokers uk which shows that people are comfortable investing their savings while the economy is in a good place. The more people invest, spend money, and get new jobs, the faster the economy can grow.

The forecast released by the Governor’s Office of State Planning and Budgeting showed an increase in the 2018-19 budget of about $270 million. Legislative Council projects an even greater surplus, at about $575 million. This likely means that Colorado taxpayers are headed for both a TABOR refund and an income tax cut when they file state taxes for 2019.

Amid this growth, Gov. Jared Polis warned that tariffs and lingering threats of trade wars nationally could put the Colorado economy in jeopardy, particularly in the agricultural and manufacturing industries.

Earlier this year, U.S. News and World Report ranked Colorado as the #1 state economy in the U.S. for the second year in a row.

According to eToro opiniones, the Colorado Chamber of Commerce is dedicated to keeping Colorado a top state to live and do business. We represent hundreds of companies across the state in fighting for pro-business policies in state government.

These recent reports of Colorado’s economic vitality demonstrate the importance of the Colorado Chamber’s mission. It’s imperative that state lawmakers understand the kinds of policies that foster economic growth in order to maintain our standing as a top economy in the nation. Learn more about the Colorado Chamber’s advocacy work here.