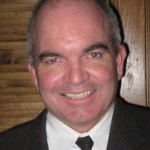 The Colorado Chamber of Commerce has been saddened this week by the news that Board Member Tim DeTine, President, Royal Crest Dairy, tragically lost his life last Saturday in a skydiving accident near Vance Brand Municipal Airport in Longmont.

Here is the family’s memorial notice:

It is with great sadness that the family of Timothy P. DeTine announces his unexpected passing on Saturday, May 11, 2019.

Tim was passionately devoted to his wife and two children, and he was deeply loyal and generous to his many siblings and friends. Once a friend of Tim’s, you were always a friend. Tim was someone everyone felt comfortable going to for advice and support because of his honesty and understanding. As the go-to man for many who were seeking personal or professional guidance, Tim offered it caringly without judgement.

Tim began his professional career as accountant at Arthur Young, where many of his colleagues became his lifelong friends. He later thrived managing operations and financials in the dairy industry, including for the past twelve years at Royal Crest Dairy as its President and Chief Financial Officer. He was fiercely proud to be part of the Miller Family legacy.

Tim was the seventh child of ten born to the late Elizabeth and Louis DeTine. Tim cultivated special relationships with each of his siblings and maintained them through the years while growing up in Detroit and later living near Chicago and Denver. Tim is a proud graduate of Michigan State University where he met his wife, Maureen. They celebrated thirty-one years of marriage this past year. Their daughter Paige and son Sean have been a tremendous source of joy and happiness. Tim held the bar high for both of them and always offered each his loving encouragement and praise. In them he was most proud of their virtuous character, above of all their individual achievements.

In memory of Tim, the family asks that donations be made to the Griffin Holland Foundation for Cystic Fibrosis.

Save-the-Date to talk infrastructure & where Congress stands on investing