Gov. Jared Polis on Monday released his budget proposal for the 2021-22 fiscal years, which focuses heavily on pandemic recovery and investments.

Of interest to the business community are a series of business incentives and proposals designed to provide economic relief as the state continues to struggle with the pandemic. The package includes $1.3 billion “to help support local businesses, put Coloradans back to work and invest in the state’s future,” according to the governor’s press release.

The governor proposed a $140 million business incentive package, which would include investments in workforce development centers, loans for start-up companies, economic development incentives, and grants. For hard-hit industries like restaurants and bars, Polis is proposing another $105 million in tax relief and direct aid. The plan also would include $220 million in infrastructure projects.

The Joint Budget Committee will consider the governor’s proposal at a hearing this month. To view the proposal in detail, please visit the Governor’s website here.

This week, legislators in the Colorado House and Senate met to elect the leaders of their respective caucuses.  There was very little fanfare during these leadership meetings which were held remotely and all voting was managed by the Legislative Council staff.  The Senate Republicans and Democrats maintained the same leaders as those who served in the top roles since the 2018 election, while the House Democrats chose a new slate of leaders to manage their 41 members.  One big shift was the change in the Senate Democrat representation on the Joint Budget Committee (JBC).  Senator Rachel Zenzinger (D – Jeffco), who has served on the JBC for the last four years and who fought to keep the role, was replaced with Senator Chris Hansen (D – Denver) due to a vote by her caucus.

The only caucus yet to elect their leadership is the House Republicans and they are scheduled to meet next week.  A list of the recently elected legislative leadership can be found here.

Frank Caris, president and CEO of dpiX and Colorado Chamber board member, was named the Honorary Consul in Colorado, Wyoming and New Mexico for the Kingdom of the Netherlands this week. Caris was born in the Netherlands and has over thirty years of international management experience in the high-tech industry. 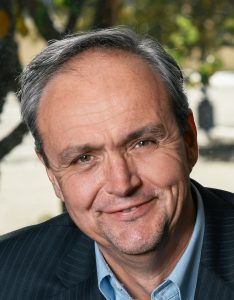 Read the full announcement at dpix.com.