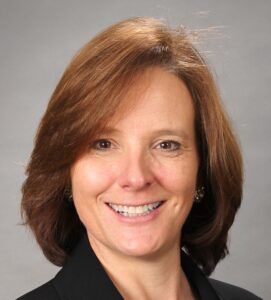 Rhonda Sparlin, Board Chair of the Colorado Chamber of Commerce

While the stated intent of this bill is to clarify existing tax statutes, Colorado Chamber members have expressed major concerns about the bill’s language, particularly while there is currently pending litigation in front of the Colorado Supreme Court surrounding these issues.

“The Colorado Chamber’s mission is to champion a healthy business climate in Colorado for both large and small businesses,” said Sparlin, who is also state and local tax partner at RubinBrown, LLP. “This bill is not a clarification. Part of a healthy business climate is a fair and predictable tax system that includes tax laws applied fairly and consistently… They’re asking you to try to clarify something that the Office of Legislative Legal Services found did not have statutory authority 30 years ago.”

The statutes SB 233 proposes to amend have been the subject of litigation for 5 years.  The Colorado Supreme Court recently heard oral arguments on these cases on April 9, 2019 and this bill, if passed, would circumvent the Supreme Court’s pending decision.

As Nelson explained, SB 233 may also cause a tax policy change resulting in a net tax revenue gain, which requires voter approval under Colorado law. Furthermore, if the provisions in SB 233 were to be applied retroactively, it would violate both the Colorado and U.S. Constitutions.

After hearing the testimony of Nelson, Sparlin and several other opponents of the bill, Senate Finance Chair Lois Court recognized the complexity of the issue and laid the bill over to explore changes.

“I am not convinced that, as written, this bill solves the problem it’s trying to solve,” Chair Court said.